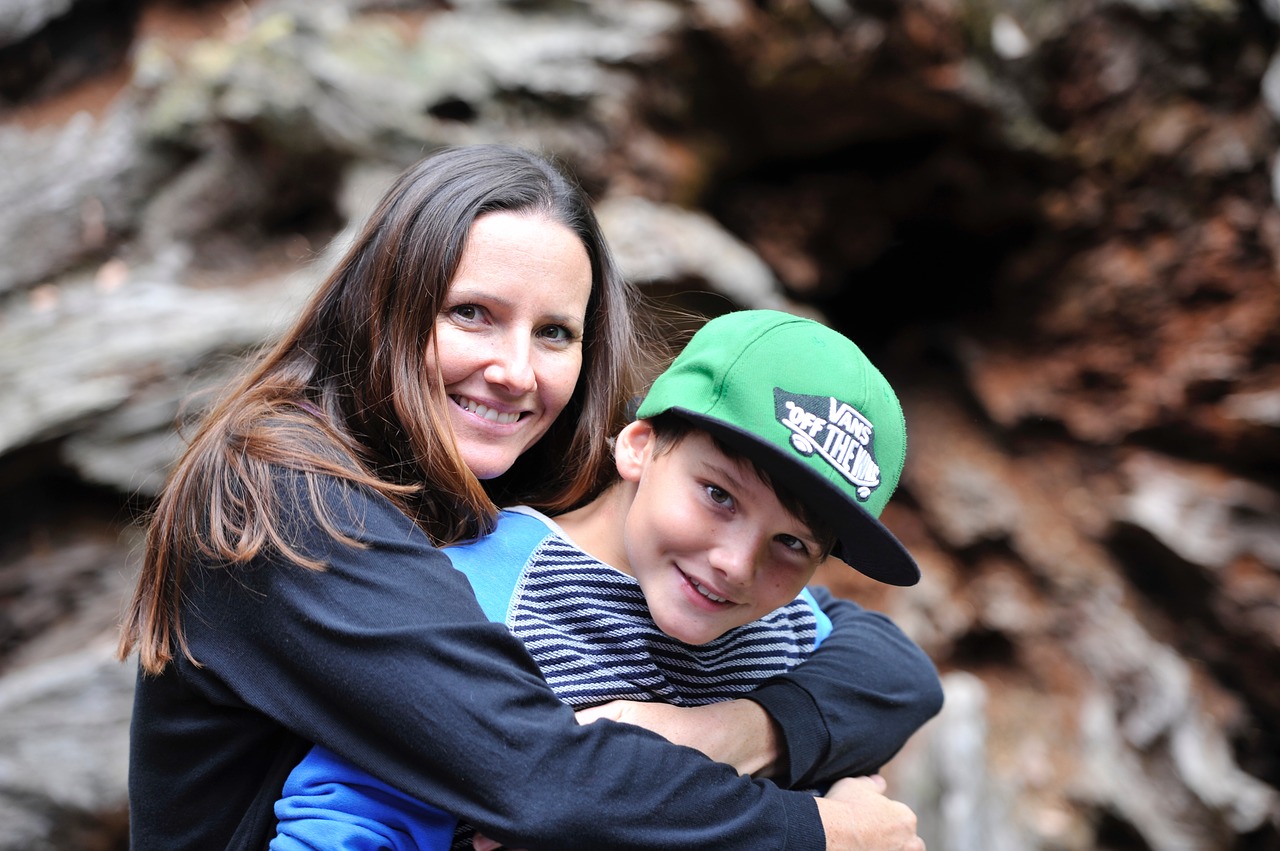 What Moms Misunderstand About Sons by Catherine Wilson

Take a moment, mom, to consider your relationship with your son. Is it as warm and close as you’d like it to be? Or do you struggle to connect with him?

A sense of longing for more from her son – for more affection, more closeness – is common among moms, says family expert Emerson Eggerichs. “She imagines this kind of relationship with her son but never seems to experience it as she hopes – not after age four for many moms.”

So what fuels that sense of aloofness? What’s missing from the mom-son relationship?

By and large, moms are in the dark about their son’s need for respect.

Feeling respected fuels feelings of affection in a boy, explains Eggerichs. His new book, Mother and Son: The Respect Effect, shows moms how the principles from Ephesians 5:33 that bring husbands and wives closer also apply to the mother-son relationship: women thrive on love, but men – and boys – need respect. “Respect-Talk creates the kind of connectivity every mother yearns to have with her son,” says Eggerichs.

The idea sounds simple enough, yet Eggerichs finds mothers are often baffled by this revelation. Because a mom’s feminine instincts and inclinations are to offer love, she finds it hard to comprehend the importance of respect to her son.

If a mom offers only love, she won’t meet all of her son’s needs, says Eggerichs. “Love without respect makes it difficult for a boy to thrive.” Image by Adina Voicu from Pixabay

Most importantly, boys need to feel respected for their emerging masculine nature. When a mom doesn’t make allowances for masculine drives and responses – when she expects her son to always behave as she would – misunderstanding can become a theme in the relationship. A mom can be blind to the ways she is wounding her son by suggesting he’s not worthy of respect.

Misunderstanding a son’s reactions during conflict

“Every mother I have ever met struggles with what this respect toward her son looks and sounds like,” says Eggerichs. For starters, Eggerichs warns moms to be careful how they interact with their son when there’s a matter that’s come between them.

When a mother complains and criticizes, says Eggerichs, she’s usually attempting to bring an issue into the open so it can be resolved and the relationship restored. “Her daughter instinctively knows mom intends to connect because she cares even though she reacts negatively. . . . and they end up sitting on her bed, talking for a half hour about their concerns. Women feel comfortable in the ocean of emotion.

“But when this same mom provokes her son to get him to talk, he generally pulls away. He withdraws and stonewalls.”

To a male, withdrawal is an act of honour, explains Eggerichs. “He seeks to de-escalate the conflict by dropping it and forgetting it. He wants to move on – no harm, no foul. No big deal.”

Unfortunately, a mom can misread her son’s “evasive” response as a sign that he doesn’t care about the issue. And what does she do? She often escalates the criticism using harsh, disrespectful words, trying to draw out a “better” response from her son.

“He is light-years away from thinking that she just wants to talk to make things better,” warns Eggerichs. “No, he takes it as a personal attack on his character as a human being. . . . A boy personalizes conflict with mom to mean: ‘I am coming at you because I don’t respect you, and I am using this conflict as an opportunity to tell you that I find you unacceptable and inadequate.’”

The danger in goading a son in this way is that it appears to work. He moves to obey to avoid more harsh words. In the long run though, the son’s self-esteem and the mother-son relationship will suffer. “Hostility and contempt eventually lose the child’s heart,” warns Eggerichs.

When there’s conflict, keep your words few, and in whatever you say, make sure you convey the message, I’m not trying to show you disrespect when I confront your misbehaviour. “Just using the word disrespect eases his stress,” says Eggerichs.

In serious and tense situations, Eggerichs suggests using a script like this:

I love and respect you, but what you have done is not lovable or respectable. I am angry at you, very angry. But I see this as a teaching moment for you. I don’t say this to shame you but to challenge. There are consequences to what you’ve done, but this is part of helping you become an honourable man. “Boys need to feel respected for who they are as men in the making,” says Eggerichs. To this end, a savvy mom makes allowances for six compelling desires God has placed in all men – her son included. These six aspirations, as Eggerich describes them, are the desires to:

A son will be deeply wounded by any suggestion that he is unworthy of respect in any of these six areas. Let’s take quick look at just three of these.

Misunderstanding a son’s desire to achieve

Boys are continually asking themselves, Am I man enough? Do I have what it takes to succeed in some arena? A mom’s sentimental statements like I love you have a place, but they don’t motivate a son and build his self-confidence in the powerful way that he needs.

Because males are driven to achieve, they find failure profoundly discouraging. A mom can make a misstep here when she instinctively tries to console her son using Love-Talk. The message I’m here for you; I love you anyway may soothe a daughter, but that’s not what a son needs following a setback.

When your son is discouraged, he needs to be reassured he has what it takes to succeed, says Eggerichs. Here’s his example of Respect-Talk designed to encourage:

This is a tough moment for you, but I respect why you feel down. You desire to excel. I admire that about you. I know you have it in you to accept the challenge. You do have what it takes.

This same male need to be deemed capable makes your son sensitive to how he is given direction by others. If your son often seems to rebuff your attempts to give instruction, it may be because he feels ridiculed, or as if you are insulting his intelligence, says Eggerichs. “When instructing, convey the information honourably so your son remains teachable.” Try assuring him of your respect by saying:

How can I offer instruction without your feeling disrespected? Here’s what I want you to do, but my intent is not to be disrespectful.

Misunderstanding a son’s desire to provide and protect

Certainly, as a boy grows, he needs coaching in constructive ways to handle confrontations. But he should not be dissed for his sense of justice or for his desire to take care of others. “As Christ acted responsibly as the head of the body, being the Saviour, so most men feel like the Christ figure, who must fulfill his duty to protect. A boy desires to be this umbrella of protection out of a sense of honourable duty,” says Eggerichs.

“When the longing in a boy to be respected and honoured for this desire to provide and protect meets with scoffing in some quarters, it leaves him feeling bewildered and doubtful about himself.”

Here are some examples Eggerichs suggests to help you affirm this protective instinct in your son and guide him with Respect-Talk: Photo by abdelkader ft on Unsplash

Misunderstanding a son’s desire to build friendship shoulder to shoulder

When your son dodges your attempts to draw him into conversation, don’t assume he isn’t interested in connecting with you, says Eggerichs. Face-to-face conversations are how you, as a female, prefer to build understanding and closeness. However, that’s not the best way for a mom to help her son open up.

“To get her son to talk, she must come at him sideways,” says Eggerichs. “A key to bonding with your son is not to confront him with direct questions but just to be with him doing some activity he enjoys, shoulder-to-shoulder.” Try not to talk much – just share the experience with him. It may feel odd and uncomfortable to you, but it builds his sense of connection to you. Sometime soon, he’ll start talking about personal issues and struggles. “This discovery overwhelms many moms with unspeakable joy,” adds Eggerichs.

Remember though, in general, it’s normal for a boy to share sparingly about his day. His disinterest in giving a play-by-play account doesn’t mean there’s something wrong with your relationship. “There is a fatigue factor with men in going over things again,” says Eggerichs. “They do not receive as much energy as do women from repeating the report.”

To a boy, direct eye contact is aggressive; it signals defiance and an intent to escalate conflict. “To avoid the risk of a flare-up face-to-face, he acts honourably.” He averts his eyes, explains Eggerichs. And when a boy is feeling embarrassed or shamed – when he apologizes, for instance – he does the same thing. “Typically, he will glance at the person, look down, and say, ‘I’m sorry.’ ”

Your son does want to connect with you, but on his own terms. “Men do not fear transparency,” says Eggerichs, “they fear shame, disapproval or a lecture. They fear disrespect.” Use your new understanding of your son and his need for your respect to establish deeper levels of trust in your relationship.

This article was written by Catherine Wilson and originally published on www.focusonthefamily.ca

Image by Tammy Cuff from Pixabay 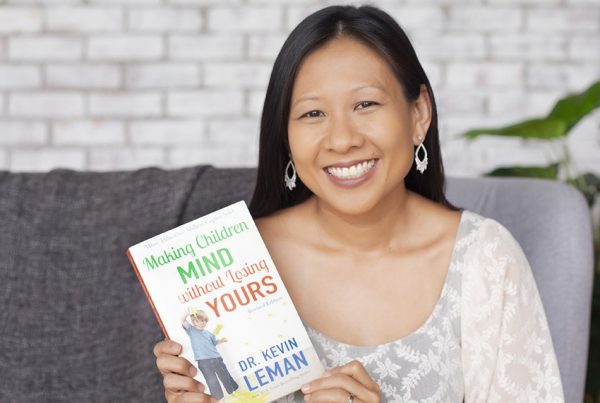 Reality Discipline: How It Works For Me 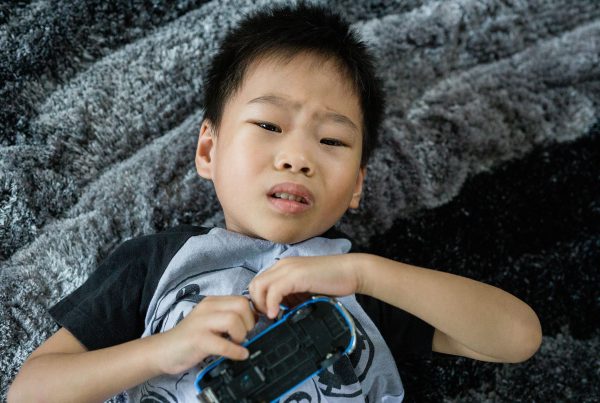 Things to ask yourself before disciplining your child

Discipline Is Not Punishment