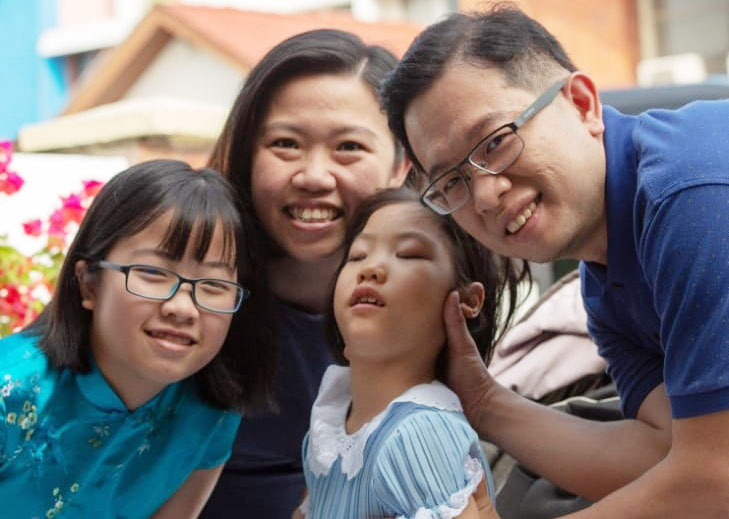 Raising My Daughters as a Stay-Home-Father, by Choy Chan Mun

Gender roles in parenting are still quite common in Malaysia. Men go to work, women stay home to raise children. Many couples have yet to embrace the idea of shared parenting and working roles in the family. We know our system doesn’t make it easy either.

So with Father’s Day coming up, we wanted to relook at the role of a father by speaking to some dads who are doing things a little differently. Dads who are pushing past these social norms to prioritise time with their children and be actively involved in their development at home.
When we heard about Chan Mun and Mei Yean’s story, we knew we had to interview him. Thankfully, he obliged! Here’s the conversation that followed…

Hi Chan Mun, thanks so much for doing this with us. Tell us a little bit about yourself and your family.

I come from a very small town in Perak called Malim Nawar and used to work as a data analyst for a network company. This is also where I met my wife, Mei Yean. We now have two daughters. Our eldest Leah, is 11 this year and she is home schooled. She has been our pillar of strength in raising her sister Adele who was diagnosed with a profound brain injury at 2-months old. Back then, the doctors gave us a very bleak future. They said that Adele will not live past one or to two years. This year, she turns 9! Being a stay-at-home dad is something that is still rarely seen in our society. What made you choose this?

I ended up being a stay-at-home dad after I lost my job back in 2015. I had already been working from home since Adele’s diagnosis back in 2012. After searching for a job for almost two years, Mei received an offer to return to work. So we decided to give the role swap a go. I put on the apron while Mei went back to the corporate world. She now works as a Consulting Director for a staffing company and communities weekly between KL and Melaka, sometimes also working from home.

Were there any concerns that you both had about swapping roles in terms of your career, or were there any challenges you faced with opinions of family and friends?

Our parents don’t get involved in our family decisions and they respect our choices. I don’t think I had any insecurities about my career. It was more like I had a fear of not being able to meet the girls’ and their mum’s expectations. Society often has this misconception that it is the mother’s role to raise her kids. People often forget that the responsibility of raising a child or children lies in the hands of both parents.

How did you and Mei Yean handle such a big discussion when deciding this together as husband and wife?

Mei and I always consult each other and I think it helps that we share the very same priority. That is, no matter what… the family and the girls come first. I guess after becoming parents, there is no such thing as “me first”. It is always the girls first and the family first. Did any of your initial concerns come true? And how did you and your wife manage unforeseen challenges together?

There were many concerns during the initial stage such as, is my cooking up to the girls’ expectations? Am I cleaning the house properly? Am I able to wake up on time to get everything done before the girls are up whenever Mei is away for work? I think both Mei and I were very worked up initially. She was constantly worried about the girls, calling and messaging me every other hour checking on them. It got really bad especially when Adele started having seizures. She had a very bad nervous breakdown. We would have a lot of heart-to-heart conversations and we prayed a lot. We finally understood that if things are meant to happen, they will happen. So, we are more relaxed now and we only focus on what matters most. The house can sometimes be quite untidy but at least the girls are attended to and they are happy.

What are some of the best outcomes of this arrangement and areas of growth that you discovered from being a stay at home dad?

I think the biggest takeaway is to be able to witness the girls’ progress and grow with them. Leah enjoys baking, cooking, music and generally spending time outdoors. She is very independent and mature for her age. Always looking out for her sister and is ever ready to help.

In 2013 when we decided to bring Adele to the States to seek help for her brain injury, Leah started baking to raise funds for Adele’s trips. Leah has since raised over RM100k and has published her very 1st baking book with the help from MPH and Kakiseni.

[Editor’s note: For more of this story, read about “Chef Leah With A Heart”]

Adele is still not mobile yet but she is just like any typical 8-year old. She loves to read and loves to write poems. She is extremely playful and very cheeky.
Being a stay-home-dad sure has changed my perspective about life. You know how we were being brought up to think and believe that life is about getting a good education, a good degree, a good job, a big house, etc? Instead I find myself now appreciating every little thing that happens around me, both the good and the bad. After all, you can only grow when you are faced with adversities. Would you have any helpful advice for other married couples (with or without children) who would actually like to work towards less gendered roles in the household?

I think we have to fundamentally know why we decided to get married in the first place. Marriage is a union of a man and a woman. Its purpose is mainly spiritual and to foster harmony, fellowship, and unity between two people. Marriage is no longer about “me” or “I”. It is about “us” and “we”.
So, from a tiny chore to a huge responsibility, it has to be done jointly. Surely, Mei is better at cooking but that doesn’t mean she needs to take on the entire kitchen. So, I help by always being the one who cleans up after she cooks. But ever since we swapped roles, I now spend more time cooking for the family. What are your thoughts on raising children without gender stereotypes?

Gender stereotyping is always inherited based on our family background and culture. These cultures and beliefs may have been applicable in the past but as time evolves and as we progress, social changes are inevitable. Even then, look around us. There is still plenty of stereotyping going on even in our education system. We can’t change how others behave but most importantly it is our responsibility to educate the next generation.
Gender, race, and age, all are part of stereotyping. Removing gender stereotyping is removing common misconceptions. For example, gender equality is not only about both genders getting equal rights. It’s really about each gender giving mutual and equal respect to each other. After all one can’t really exist without the other.

Finally, what would you describe Fatherhood as?

Personally, I think fatherhood is a lifelong learning journey. I would like to call it parenthood instead of just fatherhood. After all, raising a child is the joint responsibility of both the father and the mother.
The relationship that I have with both the girls is unlike a teacher to a student. It is more than just me educating them. It takes so much mutual respect, love and understanding. Besides providing them with their daily material needs, what is more crucial is to allow them plenty of space to grow both physically and spiritually. There is a lot of togetherness in the process of fatherhood / parenthood. You can’t be a father or a mother without being involved and being there for your children. The simplest pleasure in this journey as the girls’ father is the ability to watch them grow into responsible individuals who are God-fearing.

Choy Chan Mun is a stay-at-home father to two very special girls, Leah and Adele. Prior to swapping Excel sheets for the apron and broom, Choy was a data analyst responsible for analysing data for a US-based network service provider. Often described by his wife as an unromantic husband and a man with very few words, Choy now dedicates his time to raising his girls while his wife is a full-time working mum. He enjoys gardening and farming with the girls during their free time and is also responsible for home schooling them. 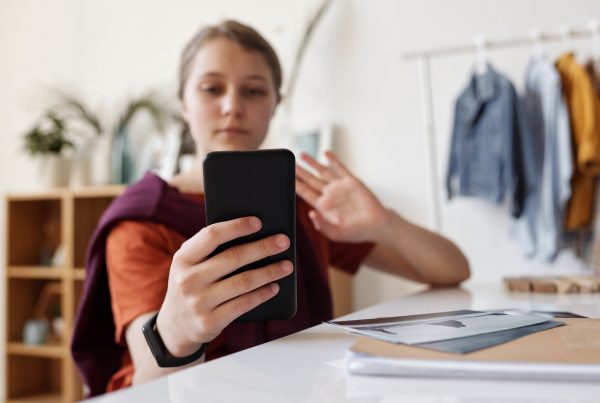 How to Prevent Raising Self-Centred Children. By Luisa Yeng. 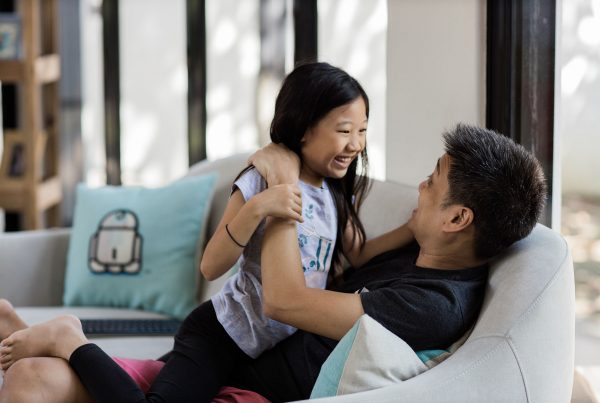 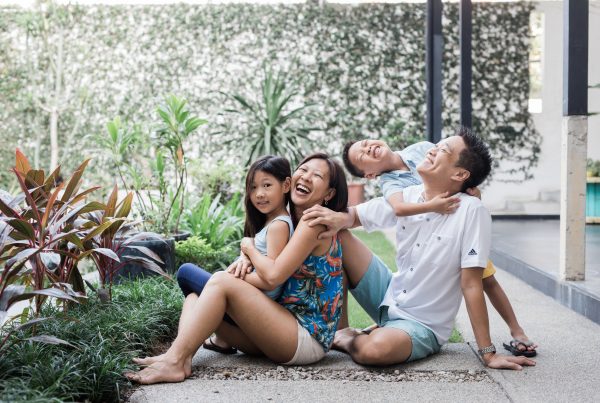