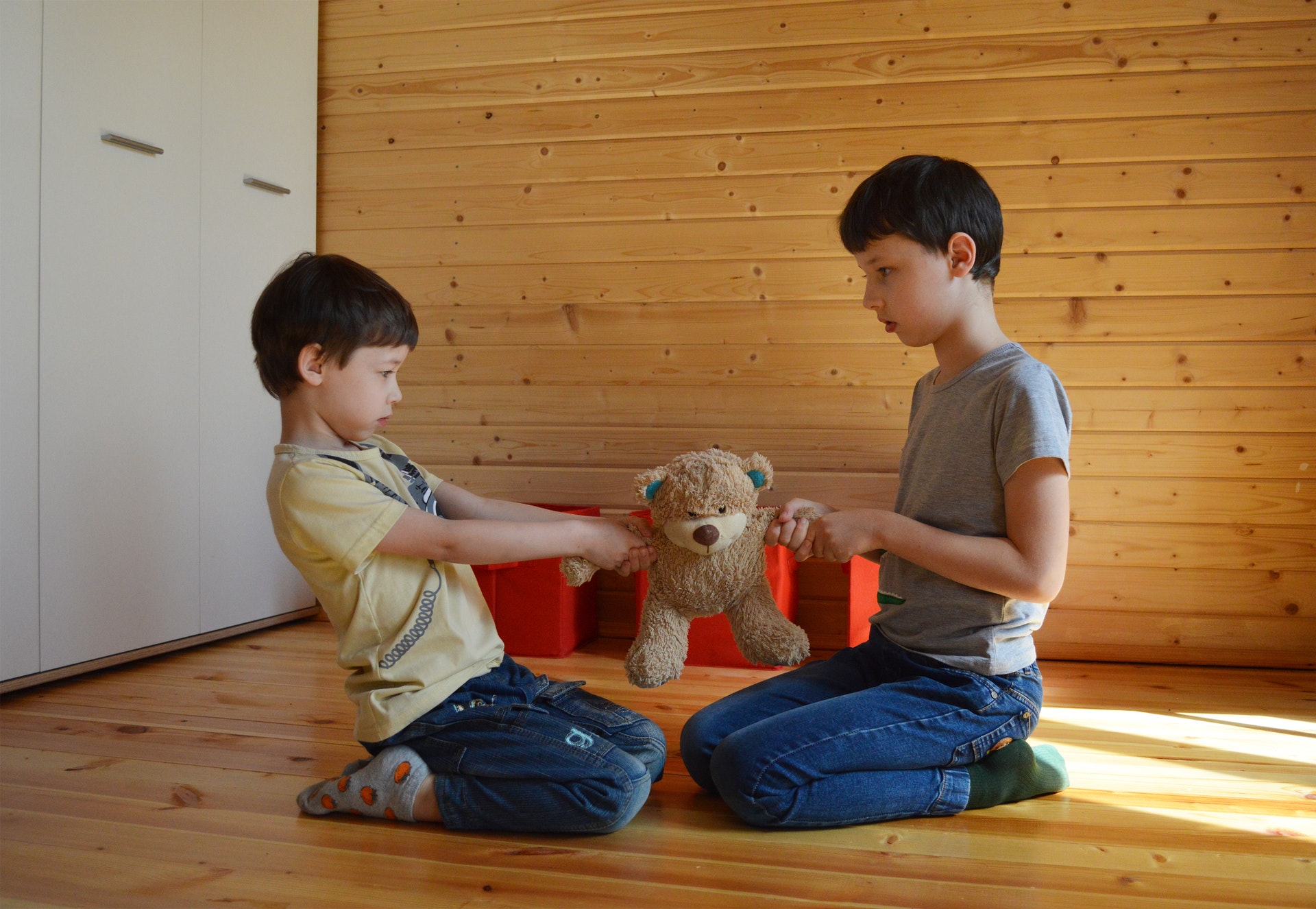 When we talk about ‘discipline’ in parenting as – teaching our children to live a lifestyle of self-discipline and wisdom, what we’re really implementing is a “sense of having boundaries”.

Perhaps what may come to mind when we hear the word ‘boundaries’ is teaching kids what belongs to them and what doesn’t. Or how to keep physical boundaries to protect themselves from potential predators. But there’s more.

Dr. Henry Cloud and Dr. John Townsend, authors of ‘Boundaries’ has a whole book written about this and even though it’s been many years since it was first published, the wisdom is evergreen.

We pulled out a few points from their book, to better understand how teaching boundaries is in fact really preparing children to thrive in life. You’d be surprised at just how much our life experiences as children and now as adults, can be attributed to our understanding of boundaries!

The following text are excerpts from the book, some paraphrased.

The Boundary Needs of Children in General

When babies are first born, they are completely reliant on their parents for protection. These newborn months are really meant for parents to connect deeply with their child, knowing that without them, their child won’t survive.

Photo by Sarah Chai from Pexels

But of course, parents can’t always be there to care and provide for their children and so the task of protection needs to ultimately pass on to them. When they grow up, they need to protect themselves.

‘Boundaries’ is one way that humans protect and safeguard themselves. Boundaries are designed to keep the good in and the bad out.

And skills such as saying no, telling the truth, and maintaining physical distance need to be developed in the family structure to allow the child to take on the responsibility of self-protection.

2. Taking responsibility for one’s own needs

The ability to take ownership of, or responsibility for, our own needs, is to be aware of when we’re hungry, lonely, in trouble, overwhelmed, or in need of a break and then to take initiative to get what we need.

These limits create a way to separate ourselves and others, allowing our needs to be heard and understood.

Without a solid sense of boundaries, it becomes difficult to filter out our needs from those of others. Which can result in burnout that comes from not taking care of oneself.

When children can be taught to experience their own needs, as opposed to those of others, they have been given a genuine advantage in life. They can avoid sacrificing their own health and well being for the sake of meeting the needs of others all the time. Photo by Ketut Subiyanto from Pexels

So the best thing a parent can do, is to encourage verbal expression of those needs, even when it might be inconvenient. When children have permission to ask for something that goes against the grain—even though they might not receive it— they develop a sense of what they need.

Below are some ways you can help your children:

3. Having a sense of control and choice

Children need a sense that their lives, their destinies are largely theirs to determine. This helps them weigh choices rather than avoid them. They learn to appreciate the consequences of choices made rather than resenting the choices made for them. Photo by cottonbro from Pexels

The word “now” was made for young children. It’s where they live. For a two-year old, being told that she can have dessert tomorrow means “never” to her. Yet sometime in our development we learn the value of “later,” of delaying one good for a greater good. We call this skill delay of gratification. It’s the ability to say no to our impulses, wishes, and desires for some gain down the road.

Generally, this skill isn’t relevant until after the first year of life, as bonding needs take precedence during that time. However, teaching delay of gratification can begin quickly by the beginning of the second year. Dessert comes after carrots, not before. Older children also need to learn this skill. The family can’t buy certain clothes or recreational items until later in the year. Again,

the boundaries developed during this process are invaluable later in life. They can prevent a child from becoming an adult who is broken, chaotic, and impulse-driven.

Learning how to delay gratification helps children have a goal orientation. They learn to save time and money for things that are important to them, and they value what they have chosen to buy.

5. Respecting limits of others

From an early age, children need to be able to accept the limits of others around them. Parents don’t always want to play with them, siblings may not want to watch the same TV shows they watch, and that others may want to eat dinner at a different restaurant than they do. They need to know that the world doesn’t revolve around them, and here’s why:

The ability to accept limits teaches us to take responsibility for ourselves.

Knowing that others are not always available for us, helps us to become inwardly directed instead of externally driven. Have you ever been around children who can’t take ‘No’ for an answer? They throw a tantrum, or pout till they get their way. The problem is, the longer we hate and resist the limits of others, the more dependent we will be on others. Rather than simply taking care of ourselves, we expect others to take care of us. Photo by RODNAE Productions from Pexels

Receiving “no’s” is inevitable, it’s built into the fabric of life. Here’s an example of “no’s” that a person may progressively experience every time they resist the limits of others.

Some people learn to accept boundaries early in life, even as early as stage number one. But some people have to go all the way to number eight before they get the picture that we have to accept life’s limits. If we don’t teach our children to take a no, someone who loves them far less may take on the job. Most parents would rather spare having their children go through this suffering. The earlier we teach limits, the better.

At its heart, the idea of respecting others’ boundaries is the basis for empathy, or loving others as we’d like to be loved.

Children need to be given the grace of having their “no” respected, and they need to learn to give that same grace to others.

As they feel empathy for the needs of others, they mature and deepen their love for others: If this principle isn’t taught, it’s difficult for children to grow up as loving people.

In light of all this, it helps to remember that children are still growing and go through development stages which allow them to learn new skills one step at a time. Likewise, their understanding of boundaries will also mature over time with every little effort that parents make to introduce boundaries at each stage. In our next article, we’ll talk about age-appropriate boundaries that children can learn. 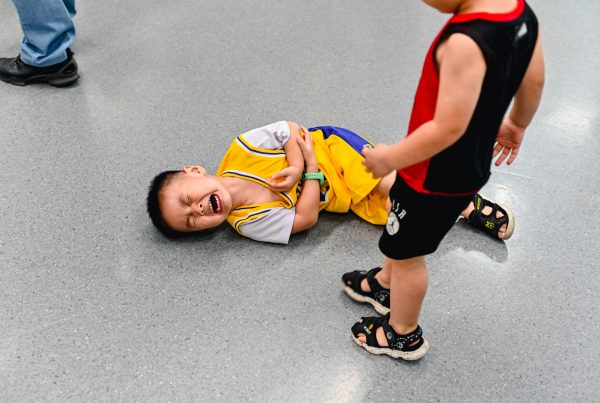 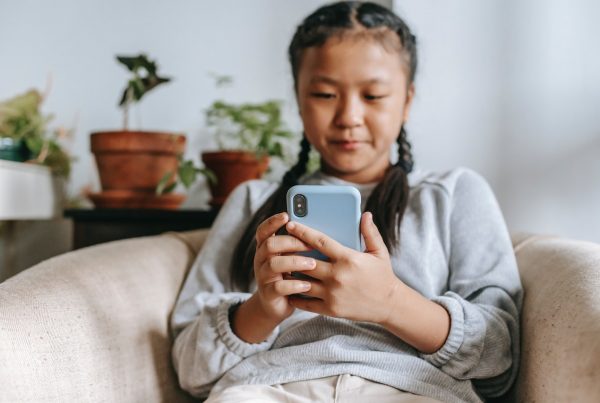 Please help! My child has been sexting with a stranger, Words by Christy

Managing Media Exposure As A Family: A Chat with Daniel & Jessica