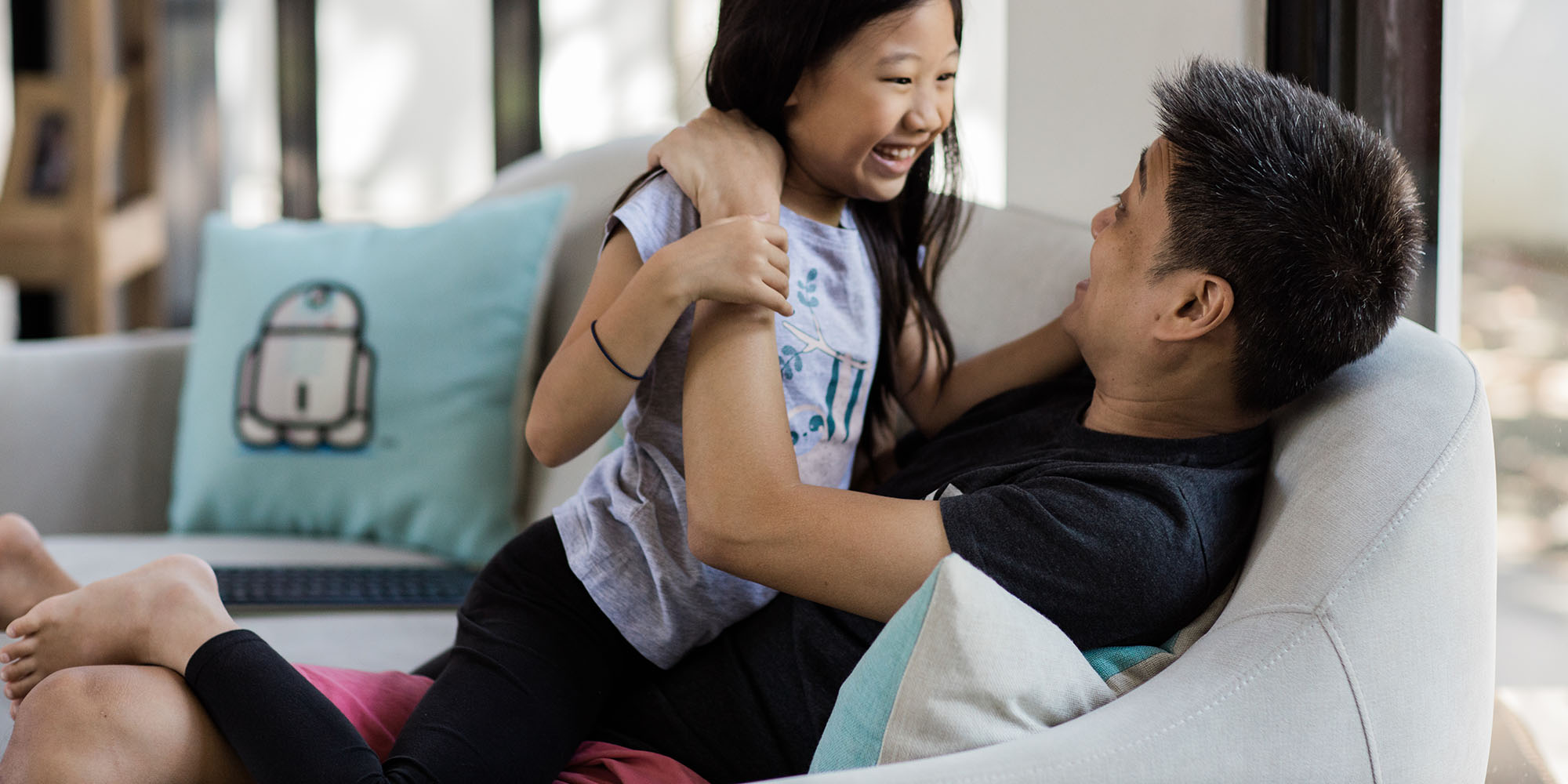 It was repeated over and over again. I started to get frustrated with the whole situation and shouted, “Stop saying that! That’s not true.” I knew it wasn’t the best way to address the situation, because deep down, I acknowledge this truth – verbal eruptions rarely generate peaceful outcomes. So I walked away to calm down.

An argument had erupted between 6 year old Kyle and 8 year old Krysta a few moments ago. A fun pillow fight quickly transformed into a real fight after Kyle accidentally hit his head on the bed. He claimed it was done maliciously by his sister but she said it was an accident.

I know you can relate to this because sibling fights are totally common. During an argument, harsh words can be carelessly spoken, causing a wake of destruction in its path. I had to deal with this situation carefully, but firstly, we all had to calm down.

Even as an adult, we find it hard to regulate our emotions, what more, our young children?

Once everyone was calm, I spoke to the kids separately. Krysta was hurt by Kyle’s words. She really wanted him to know that she doesn’t hate him. It was the rejection of this truth that hurt her the most. I told her, “It really hurts you that Kyle thinks of you that way.” She nodded. “You really do love him.” Again, she nodded and she said, “I share my toys with him.” I gave her a hug. Acknowledging her hurt made the situation seem better.

Soon, it was Kyle’s turn for a heart-to-heart chat. He claimed, “She told me she hates me.” I had to dig deeper, and apparently it was something that she had said in the past that came to the surface now (which she denied, by the way). As much as I wanted to convince him it wasn’t true, I know that as children, their processing powers are very limited. In his perspective, he had convinced himself that this statement was true.

They do take the words spoken literally, and it does go to heart. As parents, we want our children to get along well, care and love each other their entire lives. But relationships can turn sour over the years if problems are swept under the carpet and conflicts never resolved. Dr Gary Chapman, the author of the 5 Love Languages, explains how we all perceive love differently. One of the love languages are words of affirmation, which are powerful communicators of love.

Our tongue has the power to build up or tear someone down. We know this really well, because we’ve probably gone through an experience where someone’s harsh words have hurt us deeply.

How many times have we believed something our parents said about us, even though it may not have been absolutely true?

“You’re always the lazy one in the house.”
“You’re useless.”
“I wish you were as talented as your sister.”

Alternatively, you might have been praised to the moon by your parents, creating an overly inflated self-image. As parents, we have to be careful with our choice of words and model it for our children so they know how to show appreciation and kindness towards each other. Our children crave verbal affirmation from us and we do need to let them know that they are loved, uniquely.

Coming back to that argument between my kids… forcing children to say sorry to each other in the heat of an argument when they haven’t internalised the lesson doesn’t really fulfil its purpose. In my post-argument debrief with them, I emphasized how important it is to speak life, and to be careful with our words. Forgiveness is a huge lesson that needs to be practiced frequently in our lives, but it also starts with us, as the parent.

So how do we show love to our children through words of affirmation?

1. Speak kindly to them

Model what kindness means by firstly, speaking kindly to your spouse. Instead of ordering your children around and nagging them, think of how you might rephrase that sentence differently. Imagine the difference it would make to the atmosphere in your house, if you said, “Could you pack up your toys first before we play with the next activity? Let’s do it together!” instead of, “Pack up your toys or I’ll throw it all away. You are such a messy child!”

2. Think before you speak

When you are angry with your child at something that has happened, resist the urge to call names or carelessly slip statements that are hurtful. If you’ve done this before, forgive yourself and move on. Do model forgiveness to your children by asking for their forgiveness if you’ve said hurtful words to them. Instead of just saying, “I’m sorry.”, be specific. Say, “I’m sorry I hurt your feelings with my harsh words when I was angry.” 3. Ensure your tone of voice and body language match your words

Communication is not just about what we say, but how we say it. So, in the example of asking for forgiveness above, it would be more effective if your tone and body language matched your words. It communicates sincerity. To add to it, look at your child in the eye and give him or her your fullest attention.

4. Be descriptive with your praise

Affirm your child by being specific and descriptive. When your child has completed her homework without prompting…
Instead of just saying, “Good girl!”, say, “I noticed you made extra effort with your homework today! You must feel so accomplished!” When we are descriptive, our children internalise that praise and they can summarise in their minds, “I did it! I’m so proud of myself!”

5. Resist the urge to compare

Whether you are praising your child or addressing a negative behaviour, do not compare them to their siblings. If it was a moment of glory, let them experience that joy. If they need correction, do not measure them against another sibling.

You can certainly add to your child’s love tank by slipping notes into their pencil case or food container just for fun. It doesn’t have to be connected to an achievement. It can be as simple as, “I love you because you are my son! You are special to me!”

Parents, remember that the thoughts in your child’s mind are shaped by what we say to them as they are growing up. Your words can give them courage to face life’s challenges, or it can make them feel as small as a mouse. Now, go raise a lion. 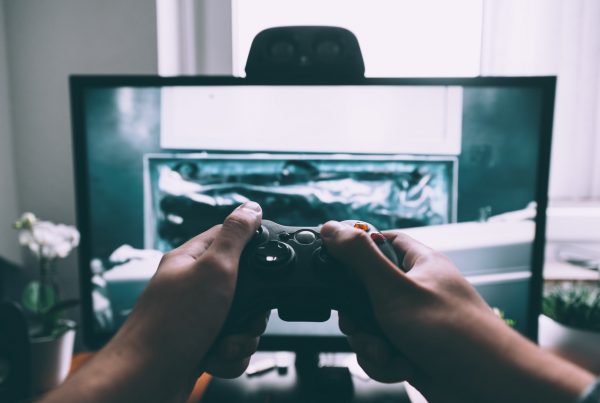 Pornography & Gaming Addictions: Addressing Issues With Your Children, by Joy 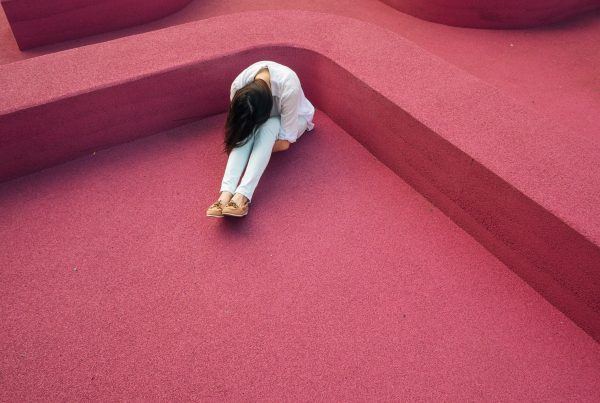 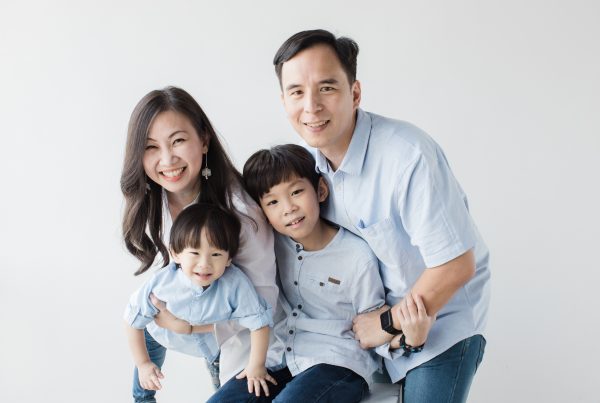 Being A Full-Time Corporate Woman and Mom: 5 Things I’ve Learned, by Chayenne Tan