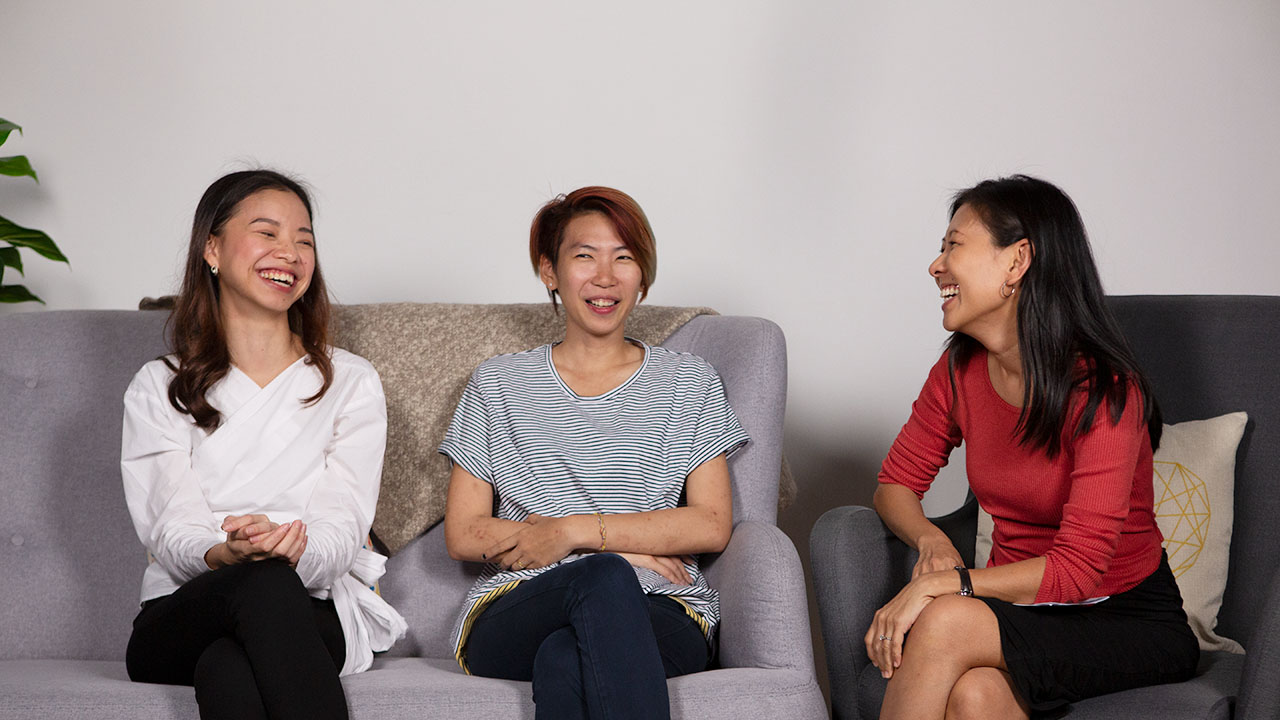 Rekindling Sparks In The Bedroom

To wrap up our theme on sex and intimacy, we sat down with clinical psychologist Thong Shu Yi from The Red Clinic and co-founder of Lilith Women, Jeannette Goon to talk about what intimacy really is and how couples can take small steps to rekindle sparks between them (and in the bedroom). Watch the full interview below.

Shu Yi often works with families and couples on relationship issues, sexuality, and anxiety disorders. She tells us that most couples rarely come to her first presenting their concern as “we’ve stopped having sex”. It is usually about what each person in the relationship could be facing in their personal lives, and later she finds it could have an effect on their relationship and intimacy as well. “Many couples also say they still love each other but perhaps they’ve just stopped having sex.  Some couples don’t sleep in the same rooms anymore or they have a child who shares the bed with them,” Shu Yi tells Grace.

To keep their relationship strong, one of the things Jeannette and her husband did was to sit down together and understand each other’s way of expressing love with the 5 Love Languages. “It reminds us that we did fall in love with this person way back then, and even though we’re not the same people now, we still have this connection with each other,” she says. Jeannette is a natural advocate for meaningful conversations like this, having also co-founded Lilith Women, which is a community for women to have casual conversations about sexual health, mental health, (in)fertility, menstruation, and more.

It’s all about taking initiative and Shu Yi advises couples to initiate showing affection because feelings are fleeting. Instead of waiting for the other person to initiate, and then feel disappointed when they don’t, take initiative. By always  leaving it to the other person, you also feel like you lose a sense of control. People change over the years and so couples do too, but we often forget to get to know each other all over again. The person you first met 30 years ago isn’t the same person today and if you don’t make the effort to get to know them, it can feel like you don’t know them anymore.

Communicating in the bedroom

“Its also remembering that this person was your friend as well, and if it was a friend you haven’t seen in a long time, you would make the effort to get to know each other more as well,” Jeannette adds. She goes on to talk about how we communicate our preferences about things like the interior design of our homes or what we want to eat. Likewise, we should also feel comfortable communicating our preferences in the bedroom. “It can be a bit sensitive, but if you do it with the understanding that you’re trying to improve your relationship, its something that’s needed,” Jeannette says.

A good rule of thumb when having honest conversations like this is to always take accountability for your own emotions and of focus on what you do like instead of what you don’t. For example, saying “when you do this, it makes me feel good” sounds much better.

In conclusion, sexual intimacy isn’t just about what happens in the bedroom, it extends to everything else. Most importantly, remember to communicate well and get to know each other again too.