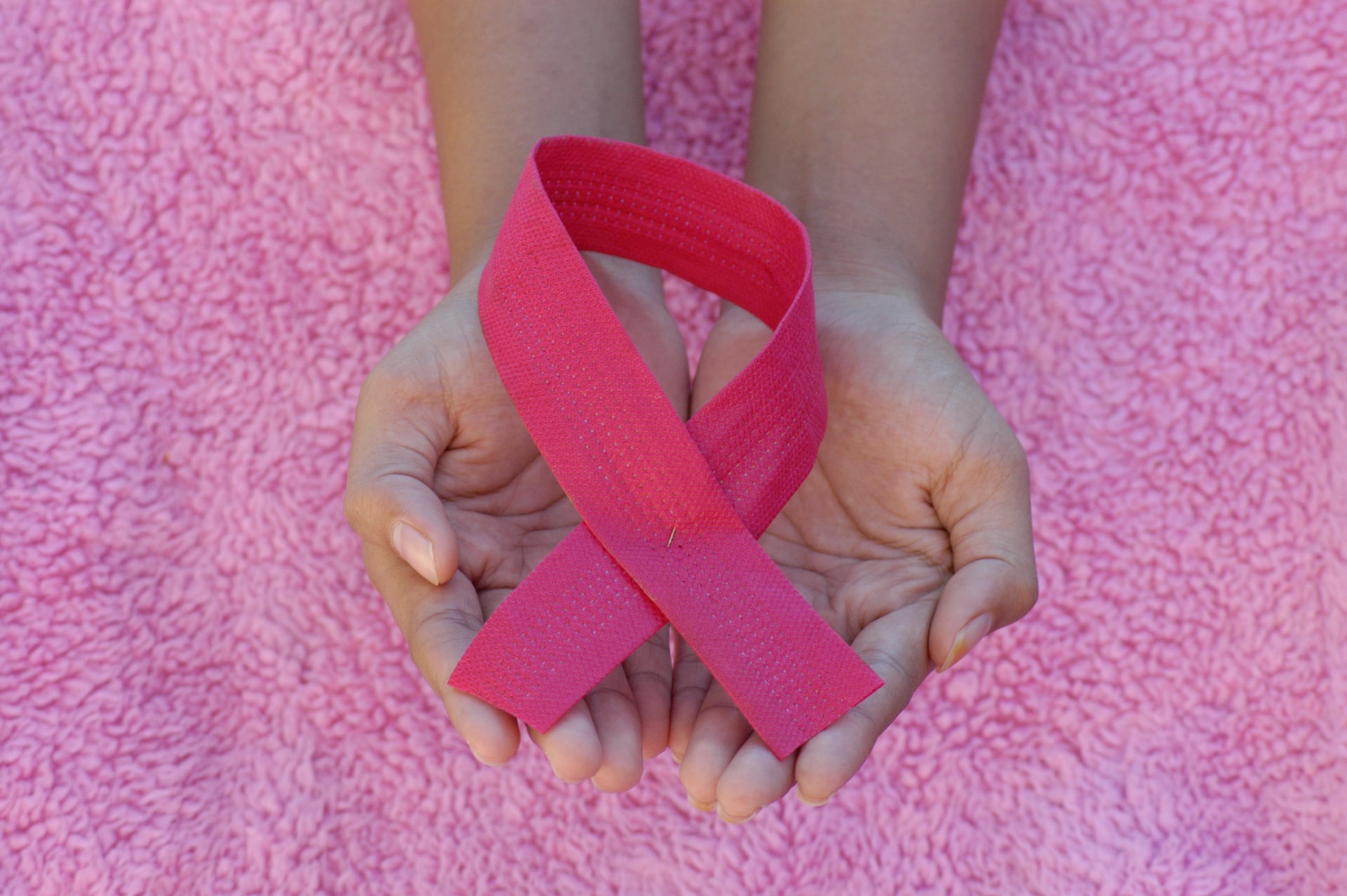 Adrian and Laura have been married for over 11 years. A few years ago, they received difficult news that Laura had Stage 1 breast cancer. She went through radiotherapy and other forms of treatment which eventually allowed her to heal and even breastfeed her second baby soon after. But the most challenging part was working on their relationship during this time.

We chatted with them about what this curveball really revealed and the role of community in a marriage.

Hi Adrian and Laura, thank you both for taking time to chat. You have been through so much together. How did you feel when you first got the news of Laura’s breast cancer?

It was really shocking, but I had to be strong because Laura was more emotional at the time. And for us being guys, we don’t really like to show the emotional side of us, you know? We appear very calm but internally, we do get quite worried. When we got the call, my first thoughts were, “How bad is the cancer? What stage is it at?”. We were on holiday in Penang at the time and had to rush back to see the breast surgeon right after the call. Reason being, this particular type of cancer is such that they usually can’t tell what stage it’s at until they remove it and do another test. So it was a very uneasy season for us.

Did this season have an impact on your marriage?

I think this episode brought us closer because life-changing experiences usually make or break the marriage. But this one brought us close and we had a lot of support from church and from our parents who helped us take care of our only child at the time.

Yeah I’d agree with Adrian. This incident actually brought us closer together because even before the breast cancer incident, Adrian and I come from very different faith backgrounds and upbringing.

Our family culture is quite different. So we had very different ideas about bringing up our first child. Because of that, we used to fight and argue all the time.

There was always so much tension between us till the point where whenever there was an opportunity to bite back at each other, we’d do that. It wasn’t a pleasant situation.

So this whole episode made us see things from a different point of view. I never imagined I would experience breast cancer one day. But at the same time the people around us really helped and gave their support. We have this community of people from our church that we have built meaningful friendships with, and honestly

just observing how some other married couples are so supportive of each other, gave us a lot of encouragement as well.

It helped us see that there was a different way of doing things and that really helped our marriage despite such a difficult time. Yeah community plays such a huge role in our lives. How else did you and Adrian work through this challenging season together, especially in terms of working on your marriage?

Well, around the same time I had also met with a colleague for work reasons and the strangest thing happened. We’re not even close but he somehow started talking about a marriage course that he knew of. I was in shock, you know, but we eventually ended up attending this course and that really helped to transform the atmosphere in our marriage and our home.

Yeah I think for me, the course was a real eye opener, because we learned important things like the different roles that husbands and wives play in a marriage. And it made me realise that maybe sometimes my wife might seem more dominant in certain areas because I didn’t take up that role.

However if I picked up that role, she would have the space to be herself and focus on her other roles.

The course also taught us how to manage arguments and communicate better. Like if you’re having a heated argument, just take a timeout and resolve it later.

It’s so interesting that the main issue wasn’t so much about your health Laura, even though that was a huge battle! But it feels like the result of that was, a marriage that needed working on, and one that came out stronger.

Yeah this whole episode… from discovering I had breast cancer and having the support of our community, then eventually going for this marriage course, really helped us see things about our relationship that we didn’t realise before. And the one thing we learned is that “our spouse is not our enemy”. We still argue a lot of course, but it’s milder compared to before and we have to keep drilling this new lesson into our head. We are learning to give in to each other and start realising that

it’s not about winning an argument, but seeing things from the other person’s perspective too.

Absolutely. Couples don’t change overnight, but every step in a better direction together counts in the long run. Before we end, is there something you’d like to encourage other couples with? Perhaps those who could be going through a tough time in their marriage?

Well I’d say, for me… marriage is a covenant you made, you know. I see it as a commitment that you made to your wife that you should not break no matter what. And your wife is there to support you. She’s going through the same thing too and so it’s better to go through it together rather than isolating her. Because then you’ll have more problems, your own problems and the problems with her. So if you go through it together, it gets easier.

Agreed! Thank you both.

Find out more about The Marriage Course in the video below or visit themarriagecourse.org.

Join us at our next Oasis gathering!

In addition to that, if you’re a married woman looking for a community of support for your marriage and family, Oasis is a community of resilient married women who empower each other as they do what it takes to lead and love their families. It is part of Comma: Rethink Life’s vision to provide support for strong marriages to thrive and to encourage purposeful parenting among families in Malaysia.

We are based in Petaling Jaya, Selangor and meet in small informal groups monthly (virtually or in-person) to listen, share our lives, and encourage. If you’d like to join us for an upcoming session, get in touch with Grace at [email protected] Married women from all backgrounds are welcome! 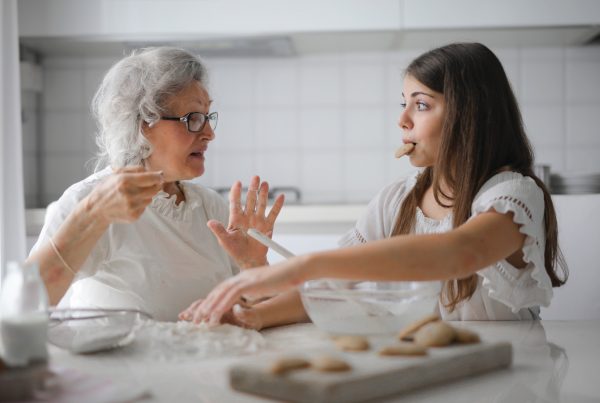 Conflict with in-laws? Here’s what you can do

When Words Are All We’ve Got. By Abelene Phua. 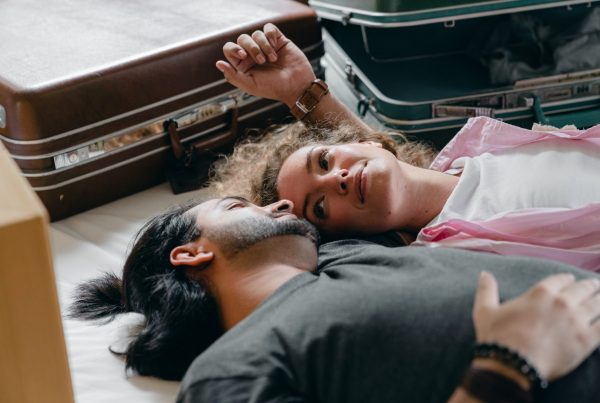 Developing a More Intimate Relationship: A Conversation on Sexual Intimacy in Marriage